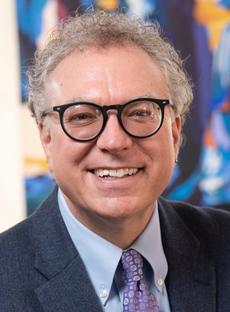 The Basics
​Dr. Mark comes to us from Cleveland, Ohio where, from 2008 to 2019, he successfully led Cleveland’s renowned city-center church and Presbyterian flagship congregation, the Old Stone Church (The First Presbyterian Church in Cleveland). During his tenure the congregation re-established itself as a headlight congregation for the region. Over 60 percent of the gross active membership joined during  Dr. Mark's ministry at Old Stone and the congregation became more outwardly focused and alive with a revitalized spirit for being God’s people in and for the city. Dr. Mark is also the writer/host of the video series Power2ools: 2 minute tools for life and 30 Second Sermons which have been seen by thousands of viewers on WKYC-NBC television and online (see links below).

Dr. Mark is an energized and capable leader with over 25 years of experience as a prophetic and transformational preacher/pastor, teacher/professor, writer, public voice, and civic leader. He is  a regular guest speaker both regionally and nationally on subjects such as new urbanism, sustainability, faith, and justice. He  is the immediate past President of the Corporation of the Presbytery of the Western Reserve, has served two terms as an elected board member to the Downtown Cleveland Improvement Corporation, the Historic Gateway Corporation, and was the founding President of the Downtown Cleveland Residents Association.

Dr. Giuliano is a leader of note: In 2013, Mayor Frank G. Jackson presented Dr. Giuliano with an award for his “Human Kindness and Dedicated Support to Residents and Businesses in Downtown Cleveland.”  Rebecca Barnes, in a 2016 Presbyterians Today article, said of Dr. Giuliano’s leadership in Cleveland: “Rarely are Presbyterians en masse contributing to conversations at city meetings, engaging urban planners, and thinking comprehensively about what it means for the ‘river of life’ to flow through the city. The Old Stone Church, First Presbyterian is a notable exception.” And in 2019, Dr. Mark was voted “Downtown Cleveland Resident of the Year”.

Among other accolades, Dr. Mark has dozens of written, musical, and video publications including recent invited contributions to Preaching Prophetic Care: Building Bridges to Justice  and all three years of the Westminster John Knox commentary series, Preaching God’s Transforming Justice: A Lectionary Commentary.

​For 35 years Mark has been happily married to Beth Giuliano who was the Director of Operations and Programs for the Old Stone Church, is a certified marriage educator, and serves as the  Women’s Intercultural Network representative from Ohio to the United Nations. They have two adult children, Dylan who lives in Toronto, Canada, and Daryl who is a cellist living in London, UK.

Power2ools: 2 Minute Tools for Life! Short videos to build your faith and to share with others!