The Rev. Dr. R. Mark Giuliano served MPC from 2002 to 2008 when the church experienced a period of tremendous growth. Dr. Giuliano was called to serve God and MPC again in 2019.

The growth and expansion continued until 1969 when the congregation experienced a split and membership began to decline.  During the next 14 years, Montgomery was served by interim and part-time pastors.  In 1982, Reverend Ronald Stone was called as pastor and served for two years, followed by Reverend Charles Gregory Darden who served from 1984 - 1990.  During his tenure, Montgomery again flourished and undertook new activities including a food pantry and Wednesday Bible Study.  In 1988, Montgomery's women's organization became officially known as Presbyterian Women.

Beginning in 2002, under the leadership of the Reverend Dr. R. Mark Giuliano, Montgomery's membership nearly tripled to over 200 members and was the fastest growing Presbyterian Church (USA) in southeast Georgia.  In 2004, an expansion project to renovate and expand the sanctuary, construct a new narthex, and renovate the Turner Educational Building was undertaken.  The new sanctuary, complete with a custom designed stained glass window was dedicated on November 14, 2004.

In 2009, Reverend Craig Pope became the pastor of Montgomery Presbyterian Church.  He led the church for over 5 years and continued to expand its programs and mission work.  Rev. Pope and his wife Ashley enhanced the outstanding music ministry of MPC by sharing their musical talents with the congregation.

From 2016 to early 2018, Montgomery Presbyterian was led by Rev. John Ruehl.  Rev. Ruehl and his wife, Rev. Chrissy Ruehl, expanded the children's and young adult program and added a faith band ministry to the service.

In December 2019, Rev. Dr. R. Mark Giuliano returned to MPC as the new pastor!  Expect great things from this little country church in the city!

Montgomery Presbyterian is a city-wide church of welcome and is looking forward to continued growth and opportunities to serve. Click here to learn more about Our Beliefs and the Presbyterian Church (USA).

1915 - Montgomery had its beginnings as a Sunday School meeting in the home of Dr. and Mrs. Newell Turner, which is where the church manse stands today.  With 28 charter members, Montgomery was served by volunteer ministers from various churches. Two years later, the Sunday School moved to the Montgomery School building and in 1928 became affiliated with Independent Presbyterian Church as Montgomery Chapel. By 1934, Montgomery had grown to 97 members and the Reverend Bonneau Dickson was called as pastor.  Montgomery's women's organization was also formed that year.

In 1938, the Sanctuary and Education building were built and membership began to grow, increasing to 218 members.  In 1944, Montgomery Presbyterian Church joined Savannah Presbytery and continued to expand its facilities and its membership.  The 1950s saw much activity, with a new manse built, a kindergarten school opened, a radio ministry was undertaken, and the first Boy Scout troop was chartered.  During that time, Montgomery Presbyterian was named Georgia's Rural Church of the Year (1953). 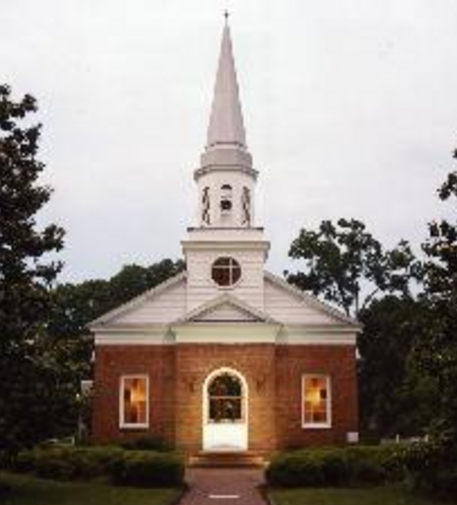